So a lot of people, aren’t the biggest fans of Samsung’s new voice assistant, Bixby and by default the new hardware button used to launch Bixby.

Now, you can try and root the phone to get system permissions to change the button’s action, but it turns out there’s an easier way.

Apps have been popping up on the Play Store that, through using the accessibility options on the phone, allow them to sort of hijack the button before Bixby can launch and assign it to another action (i.e. opening the camera, launching another app, etc.). You can even have it launch Google Assistant.

Here’s how to use them.

Now, quick disclaimer, this will disable Bixby basically so if you do use Bixby, don’t do this. Also, keep in mind that Samsung really doesn’t want you to do this so it’s pretty likely that the way these apps do this can and will be blocked in an update from Samsung pretty soon.

In the meantime though, head to the Play Store and look for Bixby Remapper. 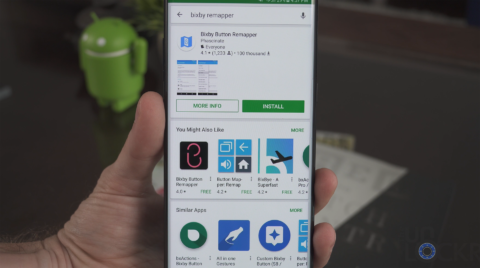 You’ll see a few in here and you can try the other ones if the one I’m showing no longer works, is taken down, etc. but the one we’ll try now is the one with the highest rating called Bixby Button Remapper. Install it and open it.

Turn on the remapping feature by tapping the toggle at the top right. 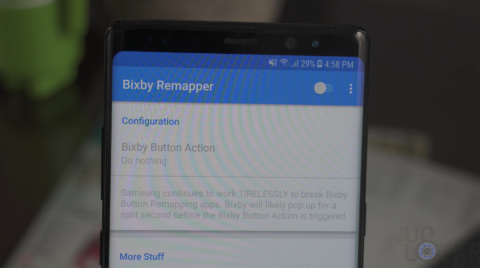 Then tap the three dots at the top right and select Go To Accessibility (you can also manually search for it in Settings if using a different app). 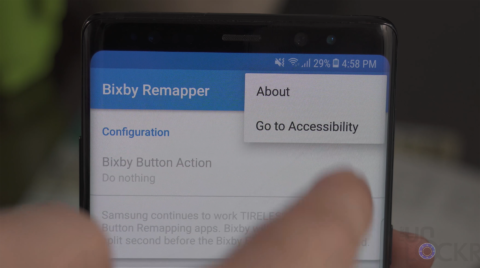 Once there, look under Services at the bottom and you’ll see two options for this app–each is a different method they use, one more stable and one that has less delay. 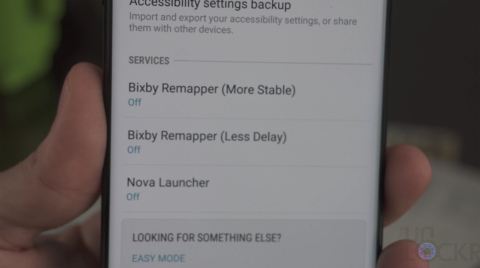 Tap on the Less Delay one and turn it on and we can try that first and if it doesn’t work well then you can go back here and turn on the More Stable one instead.

Then go back, and tap the Bixby Button Action option and choose from the list for what you want it to do. 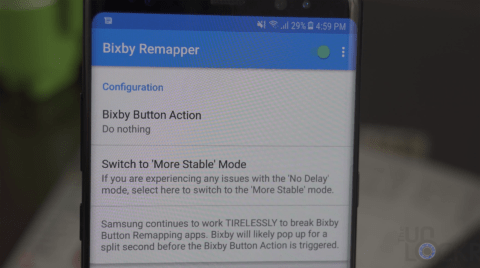 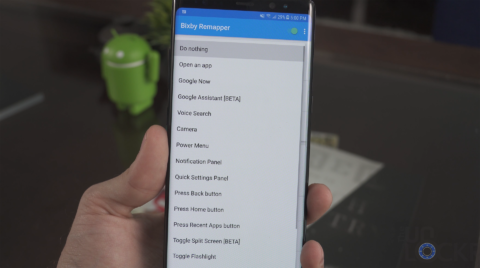 Once you choose it, simply hit the Bixby button and confirm it worked. 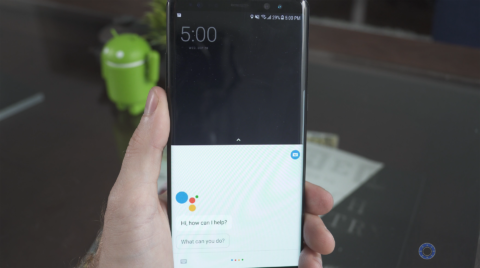 There you go for anyone that wanted it. Again keep in mind this method might be killed soon, but you can try the other apps and see if any of them work, as well as they’ll all work in a similar way.

Let me know what you guys think, if this was helpful, etc. in the comments below!